In 1938, curling began at Exmoor Country Club in Highland Park, IL with two sheets of natural, outdoor ice. After twenty years outdoors, an official curling facility with four, indoor sheets was built. From mid-October to mid-March, Exmoor hosts a wide variety of bonspiels, leagues, and learn2curl events for their members. Over the years, Exmoor Country Club has hosted many prestigious local, national, and international competitions.

Events at this location

REGISTRATION FORM TO BE RELEASED IN LATE NOVEMBER.

REGISTRATION FORM TO BE RELEASED IN LATE NOVEMBER. 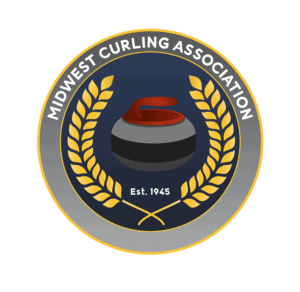 What: The Dar Curtis began in 1947 and allows newer curlers the chance to compete with their peers and try out their own strategies in a fun, club-based environment. Pins

What: The Dar Curtis began in 1947 and allows newer curlers the chance to compete with their peers and try out their own strategies in a fun, club-based environment. Pins will be awarded to the winners and runners up of up to four events.

Who is eligible: Traditionally, competitors the event welcomes curlers who have participated in less than five full curling seasons. Players are usually leads, twos, or new vice skips. Longer-term curlers who are twos and leads may also compete.  Both men and women are eligible to compete on men’s, women’s or mixed teams. No restrictions on the gender order of the teams. Ideally, all curlers would be from the same club.

When, Where, and Format: The 74th Annual Dar Curtis will be held on Saturday, February 15th, and Sunday, February 16th. The location of the four-event bonspiel will be released in the upcoming months. Limited to the first 16 teams who sign up.

Cost: No entry fee. Participants are responsible for their own food and beverage costs.

Bonspiel safety procedures based on current local and state guidelines will be released when registration opens, and continuously updated based on ongoing current recommendations.