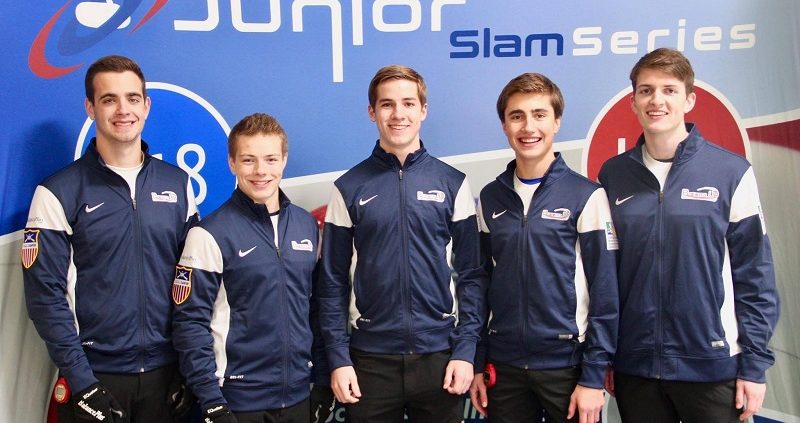 Congratulations to Team Stopera, the winners of the 2018 USA Junior National Championship! From March 3-10, Team Stopera will travel alongside Team Bear, the women’s team, to Aberdeen, Scotland in hopes of bringing home the gold at the 2018 World Junior Championships.

From January 27th to February 3rd, Team Stopera competed against nine other men’s teams in order to secure their victory. Stopera’s rink dominated the round robin play with a perfect 9-0 record and early qualification for the weekend playoffs. The three other qualifying playoff teams were Team Connolly (Seattle, WA), Team Marquardt (Poynette, WI), and Team Moore (Mapleton, MN). Team Stopera (seed No. 1) beat Connolly’s rink (seed No. 2) with a  score of 6-3 and advanced to the finals.  As an undefeated team, Stopera’s rink would have two chances to win the junior title due to the double knockout rule. By keeping Marquardt’s rink down to single point ends and using their last shots well, Stopera’s rink won 8-3 against Team Marquardt.

So, congratulations again to Team Stopera for the amazing win! If you are interested in staying up-to-date with Team Stopera as they continue their journey, check out the team’s facebook page.

Learn2Curl at Park at Wrigley
Scroll to top
X